Cincinnati native Doris Day opens up this week's edition of Swing with Bill Cartwright.  She'll be singing "Pretty Baby" from the album, Young Man with a Horn.  That's followed by the great Buddy Rich and vocalist Rod Stewart.  During the rest of the first half of Swing, you'll hear from Louis Armstrong, June Christy, and Glenn Miller.

Jo Stafford's song, A Sunday Kind of Love, begins the second set of this evening's swing show.  Other vocalists featured include the incomparable Dean Martin, the Four Freshmen, and Helen Forrest.  Dean Martin is an Ohio native born in Steubenville on June 17th, 1917.  He passed away in Beverly Hills on Christmas Day, 1995 at the age of 78. 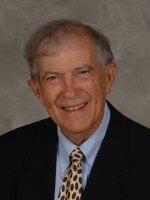