James Bone: The Curse of Beauty

She was the first American movie star ever to appear naked in a film, but her promising film career collapsed, her doctor fell in love with her and killed his own wife, and on her fortieth birthday, her mother committed her to an insane asylum. She remained there until her death in 1996 at the age of 104 and is now buried in an unmarked grave.

FromJames Bone, the former New York Bureau Chief of The Times of London, The Curse of Beautyreveals the riveting truth of the forgotten life of Audrey Munson, America's First Supermodel. 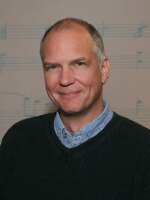