Former Ohio Democratic Sen.Nina Turneris part of a group that’s calling for the late JusticeAntonin Scalia’sreplacement to be a champion for women’s health.

During a conference call today, Turner said one way to achieve that is by allowing President Obama to nominate a new justice without Republican pushback.

“Everybody in this country, regardless of their political affiliation, should be outraged. It is time for Republicans to show President Barack Obama the respect that he is earned and allow him to fulfill his constitutional duty to fill the seat on the Supreme Court,” said Turner.

President Obama said today that it would be “difficult” for the Senate to not take action without it looking like politics. A Quinnipiac poll released today shows 56 percent of Ohioans say the Senate should consider an Obama nominee; 41 percent say it should wait until a new president is in office next year. 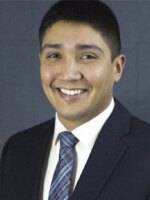