Axing Cost-Sharing Reductions Comes As No Shock To Indiana Insurers

The White House announced late Thursday night the federal government will no longer provide cost sharing reductions for Affordable Care Act insurance plans. Indiana insurers — at least the two still left on the exchange — had been bracing for the news.

The cost-sharing reductions are not the same as the subsidies awarded to people buying insurance on healthcare.gov. Instead, they’re paid directly to insurance companies in order to offset the cost of covering lower-income people on the exchange.

The reductions have been caught in a tangle of legal battles for years. In 2014, a federal court sided with Republicans, who said Congress never appropriated funds to pay for the reductions. The Obama Administration appealed, and the issue was left unresolved.

That uncertainty over federal policy was cited as a factor for half the marketplace insurers in Indiana leaving the exchange earlier this year, including Anthem, who specifically called out the waffling over the reductions.

“Planning and pricing for ACA-compliant health plans has become increasingly difficult due to … continual changes and uncertainty in federal operations, rules and guidance, including cost-sharing reduction subsidies and the restoration of taxes on fully insured coverage,” the insurer said in a statement last summer.

Fran Robinson, spokeswoman for insurer CareSource, one of the two remaining insurers on the Indiana marketplace, said they had already planned for the worst when setting rates for 2018.

“We definitely filed with the assumptions that cost-sharing reductions would not be provided,” she said.

In part due to the uncertainty, CareSource’s marketplace premiums are slated to increase 20 percent next year. The other insurer offering marketplace plans, MHS, has an approved rate increase of 36 percent.

Robinson said CareSource’s main goal right now is letting people know the plans — and individual subsidies — will still be available, and that their marketplace rates have already been finalized.

“We want people to be assured about the upcoming open enrollment,” said Robinson. “We want them to be confident that there is affordable health care coverage available and when they shop the marketplace what they see will be the actual premiums.”

Attorneys general from New York and California have threatened to sue the Trump Administration to protect the subsidies to insurers.

Representatives for Indiana Attorney General Curtis Hill did not respond by press time. In the past, Hill has been critical of the Affordable Care Act, calling it an example of governmental overreach. 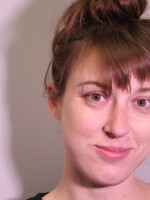