The settlement agreements total $1.995 million with an anticipated 57 additional survivors. This comes after the dismissal of the lawsuits by the federal court. Including these resolutions, Ohio State says they have reached settlement agreements with 289 survivors, more than half of the plaintiffs, for $59.79 million.

"Under the terms of the two new agreements, an anticipated 57 survivors from seven lawsuits, represented by five law firms, have settled for $35,000 on average. No taxpayer, tuition or restricted donor funds are utilized for these settlements," the university said in a press release.

Hundreds of men say Strauss touched them inappropriately or assaulted them over the course of the doctor's decades-long career at the university. An independent investigation found that Ohio State officials knew about Strauss' misconduct as early as 1979, but failed to properly respond until 1996, and accusers say administrators willfully acted to hide the abuse.

The release reads in part, "Survivors covered under the agreements announced today had filed lawsuits related to sexual abuse committed by Strauss too late to be eligible for mediations in federal court and the individual settlement program established by the university in May 2021."

These settlements come a week after the OSU's student newspaper The Lantern reported the university worked to block a bill in the Ohio legislature that would have allowed victims of Richard Strauss to sue Ohio State. The article alleges that while Ohio State never made a public statement about the bill and told members of the Ohio House that the university was unable to take a position on the proposed law, OSU actively lobbied against the bill.

"Our deepest gratitude goes to the survivors of Strauss’ abuse for their courage in coming forward," said Ohio State President Kristina M. Johnson in a statement. "They brought this terrible abuse to light, and the university is committed to continuing to work toward restorative justice." 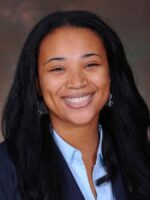 Matthew Rand
Matthew Rand is a reporter for 89.7 NPR News. Rand served as an interim producer during the pandemic for WOSU’s All Sides with Ann Fisher.
See stories by Matthew Rand