Another change brought about by the coronavirus. Some parts of the country have had to close offices where sex offenders go to register in person. That makes it harder for law enforcement to know where they are. But an NPR investigation found that long before the pandemic started, authorities had lost track of tens of thousands of sex offenders, and some of them committed additional sex crimes. Here's NPR investigative correspondent Cheryl W. Thompson. And a quick warning - this story, which lasts about seven minutes, might be disturbing to some of you.

CHERYL W THOMPSON, BYLINE: When authorities don't aggressively pursue sex offenders who flee, they often move undetected, sometimes across state lines, and commit additional sex crimes. Those offenders can leave a trail of victims whose lives are forever changed by the sexual abuse.

KRISTEN TROGLER: It started off slowly with just a little touching here and there, little, like, games, he would play, you know.

THOMPSON: That's Kristen Trogler. At age 5, she became Robert Maurer's first known sex abuse victim. It happened after she became best friends with his daughter in kindergarten at the Oak Hill School in St. Louis. Trogler met Maurer when he and her mother chaperoned a class field trip. Soon after, he babysat Trogler after school while her mother worked. That's when the inappropriate touching began.

TROGLER: I mean, I knew it was wrong. I just didn't know what to do.

THOMPSON: Trogler endured the abuse for six months before telling anyone.

TROGLER: I told my teacher. She brought in the crime dog - McGruff, I think, was his name - with some police officers, and they were talking about inappropriate touching and stuff like that. And when they left, I told her. And she's the one who told my principal, who called my mom.

TROGLER: And he pled guilty, received about a year in prison - just a year.

THOMPSON: Maurer has a history of failing to register, of quietly moving between states and sexually abusing girls. Over a 25-year period and at least twice while an absconder, Maurer would be charged and convicted of child molestation and other sex crimes against other young victims, including his own niece. Authorities also charged him with failing to register as a sex offender - a felony.

TROGLER: The system doesn't work. It does not work. He's not the only sex offender who doesn't register. There's so many of them that don't.

THOMPSON: It was after Maurer's last arrest in 2016 for sodomizing his niece that Trogler took action.

TROGLER: That's when I wrote the courts and the prosecuting attorney begging to help them 'cause I'm tired of him doing this to all these people all the time and just getting a slap on the wrist.

THOMPSON: Trogler testified at Maurer's trial. A jury convicted him of attempted sodomy in 2017. A judge sentenced him to life without parole. Trogler is now 36, a divorced mother of three. She tried to erase the memories of the abuse by experimenting with drugs as a teen. She drank heavily, too.

TROGLER: I was in pain. I wanted that to stop (crying).

THOMPSON: She's sober now but takes prescription drugs for anxiety, depression and bipolar disorder. And she sees a therapist because the scars from Maurer's abuse still haunt her.

TROGLER: He stole everything from me. Every day, I'm depressed. I live in this dark Hole every single day (crying). I don't know how to get out of it.

THOMPSON: Around the country, NPR found sex offenders like Maurer, those who absconded and went on to victimize more people.

LUANNA CROSBY: I didn't find out he was a national sex offender till we had already been together for four months.

THOMPSON: Luanna Crosby met David Crosby in February 2014. She was a single mom with a teen daughter and worked at a hardware store in Fort Morgan, Colo., about 80 miles from Denver. David was a frequent customer, recently divorced and not long out of prison. They flirted a bit. Then one day, he saw her in a convenience store parking lot and asked her out.

CROSBY: He was just - swept me off my feet. He was amazing, I thought.

THOMPSON: Months pass before Luanna would learn exactly why David went to prison - for sexually assaulting his 15-year-old stepdaughter. Luanna found out when David's parole officer stopped by to confront him about having contact with another minor, Luanna's 13-year-old daughter.

CROSBY: And that's when he finally came clean and was like, hey, you know, I'm not supposed to be around your daughter, and this is what my actual charges were.

THOMPSON: Luanna says she left him but returned and married him that October. They had a baby girl and settled in Forsyth, Mont. He rented a small house, got a job as a welders assistant and enrolled his stepdaughter in school. But he never registered as a sex offender as required by law.

CROSBY: He knew he had to register. That lady in that sheriff's station told him that he had seven business days to report that he was in a new residence. The minute we walked out, he looked at me and he's like, I'm never registering.

THOMPSON: No one knew that the violent sexual predator was living among them or working at the town's welding shop or repeatedly sexually abusing his new stepdaughter.

CROSBY: My oldest just kept coming to me. She's like, Mom, he's doing weird things. He's never done this before.

THOMPSON: Luanna says she confronted her husband, who denied it. The two fought. David held a knife to Luanna's head and threatened to kill her. A few days later, she found video on his phone of her naked daughter getting in and out of the shower. She went to police. It was only after his arrest that police learned David Crosby was a sex offender.

CROSBY: I can honestly say the ball just got dropped somewhere.

THOMPSON: In 2016, David Crosby was convicted of sexual abuse of children and assault with a weapon. He is serving a 25-year sentence, and he was later convicted of failure to register as a sex offender. Cheryl W. Thompson, NPR News. 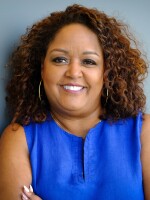