The Latest On International Elections

We're going to look at a few more key elections overseas that are either underway, coming up or are sharply contested - in Venezuela, Liberia, Kenya and Catalonia, the northeast region of Spain. Joining us for this is NPR's chief international editor, Will Dobson. He's here with us in our Washington, D.C., studios. Will, thanks so much for coming in.

WILL DOBSON, BYLINE: Absolutely. Thanks for having me.

MARTIN: So let's start in Venezuela. Today, voters are casting ballots for governors and regional elections. Now, these are the first elections since President Nicolas Maduro consolidated power in July. What are we looking at here?

DOBSON: Well, yes. I mean, if this was a normal election, you'd be expecting the opposition to have a sweeping victory - winning perhaps even a majority of the 23 statehouses because, as you know, Maduro's approval ratings are very, very low. The country's in the middle of a social and economic collapse - soaring inflation, shortages of food, medicine. But this is not a normal election because, at the exact same time, since this summer, you've really seen the autocratic measures from Maduro's government increase. And they know to fear a big opposition victory here.

And so, in the days leading up to this contest, we've seen the government taking a very active role in trying to suppress today's vote. And so it really remains to be seen whether or not the opposition can overcome a lot of these late maneuvers that the government has taken to try to keep people from voting or to try to disqualify their votes.

MARTIN: So let's move on now to Liberia. Last week, there was an election to replace the country's first female president, Ellen Johnson Sirleaf. She's also the first elected female head of state on the continent of Africa. She's stepping down after two terms. First, Will, if you'd remind us why people keep saying that this election is historic. And then, where do things stand?

DOBSON: Sure. This is a historic election because this would be Liberia's first democratic transfer of power in more than 70 years. That's an incredible thing. You had 20 candidates in this race. It appears to have narrowed down now to two - the soccer superstar, George Weah, and the incumbent vice president himself, Joseph Boakai. And so, right now, it appears that neither will be able to get the 50 percent necessary, so they'll go to a runoff next month. And we'll actually see that milestone perhaps achieved then.

MARTIN: And things are not going as well in Kenya, which is in East Africa. Protests are continuing over the election of their president, Uhuru Kenyatta, in August. And then, three weeks after he was elected, the Supreme Court nullified the election, calling for a do-over. So what's been going on there?

DOBSON: Well, so the big news out of Kenya this week was that Raila Odinga, the main opposition leader, dropped out of the race because he's claiming that nothing has actually been fixed. The reasons that the Supreme Court annulled the first contest - he says that all those problems remain, and he's not willing to participate in what he considers to be a sham election.

So at the same time, the government has responded by saying this election is going forward and banning demonstrations in Kenya's three biggest cities. So you have all the ingredients for a possible showdown. And what's weighing on everyone's mind in the background is 2007, when election violence claimed more than a thousand lives. It's extremely tense, and there's a lot of behind-the-scenes diplomacy going on to try to keep this together.

MARTIN: As, finally, two weeks ago today, people may remember that the Catalan voters held a controversial referendum with an overwhelming majority of Catalonians favoring independence from Spain. What are the recent developments on this?

DOBSON: Well, it's still a constitutional crisis. And the big question that everyone is asking is, did Catalonia declare independence or not? On Tuesday, the region's leader gave a speech to the Catalan Parliament. And in it, he seemed to indicate that they were declaring independence and then, moments later, appeared to almost take it back and say that he wanted dialogue with Madrid.

So the response from Spain's prime minister has essentially been, you need to clarify, and you have until Monday morning to do it. If he does not clarify or if he declares independence, he then has three more days to reconsider. At that point, Madrid could invoke the constitution and begin the process of taking back control of the region, devolving their regional control. So we have a sort of two major sort of tripwires this week to watch. And this rolls on, so stay tuned.

MARTIN: That's Will Dobson. He's NPR's chief international editor. Will, thanks so much.

DOBSON: Thanks for having me. Transcript provided by NPR, Copyright NPR. 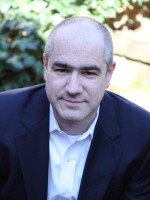 William Dobson
As head of NPR's International Desk, Dobson manages a team of correspondents across the globe committed to delivering powerful stories and authoritative reporting on international politics, economics, and culture.
See stories by William Dobson