The Northeast Ohio Areawide Coordinating Agency (NOACA) held hybrid listening sessions on its Climate Action Plan Tuesday evening across the five-county region it serves in Cuyahoga, Geauga, Lorain, Lake and Medina. But the agency received some pushback and skepticism from residents attending the sessions.

The sessions were intended to give residents an opportunity to provide NOACA with feedback on its Climate Action Plan, which aims to reduce carbon emissions and promote environmental health in the region it serves. But some attendees at the sessio at Cuyahoga Community College, like Horatio Longu, wished a NOACA representative would’ve been present to answer residents' questions.

“It would’ve been very nice if some of the speakers at least would’ve been here physically so that we can give them direct, physical interaction," he said, "rather than us sitting in a classroom type of thing where we’re being lectured then sent home.”

Residents were able to watch the YouTube livestream of the session remotely, or in-person at one of five sites. NOACA's presenters, including executive director and CEO Grace Gallucci, were present virtually through the stream.

The agency presented research from their Greenhouse Gas Inventory and Climate Risk Vulnerability Assessment and asked attendees questions they could then answer from their phones through an app, Mentimeter. Their responses would then appear on the screen.

NOACA representatives responded to answers that seemed to address their questions directly, like those that addressed improving air and water quality or concerns with vulnerable communities like the elderly and those with asthma.

"This kind of feedback from the public really helps NOACA to determine that this is an important effort that they need to undergo and that they want to prepare in response to our work eneo2050, our long range plan," NOACA Director of Strategic and Environmental Planning Joe MacDonald said.

Other responses were bypassed by NOACA's presenters, with some reading, "Let us speak," "Defund NOACA" and others eliciting laughter from the crowd.

"I thought it was interesting that they allowed all the comments to go through," said George Csatary who was attending the Cuyahoga session. "Those were more interesting than the forum itself because they were quite humorous."

Csatary went on to say he wished NOACA would foster conversation and debate around the topic of climate change.

"We need robust debates, not 15 minutes, hour-long debates with experts who know both sides of the issues, and we could vet this out properly," he said. "This is not a proper vetting."

Conrad Lindas said he wished he'd been able to ask NOACA to explain the power they have to enforce their Climate Action Plan, and what provisions the agency has in place to prevent conflicts of interest.

"I didn't come today with the expectation that I would be talked to like a kindergarten kid," he said. "It was a canned presentation. It was leading questions. They paid no attention to negative comments."

Other residents, like Mikhail Alterman said he would've liked more specifics from the agency about what actions they intended to take as part of this plan and how that would affect Northeast Ohioans.

"We're going to have to sacrifice for the environment, so to speak," he said. "But I would have liked to have known specifics so that at least in the court of public opinion, I would have acted accordingly."

Gallucci ended the stream by acknowledging attendees who were left feeling unsure of NOACA's goal or skeptical of the research the agency presented.

"Even if one person changes their behavior and we have an improvement in air quality, that is positive change, and imagine when that is duplicated, replicated over and over and over again exponentially," Gallucci said. "For those of you that are still skeptical, that’s OK. We want to hear about it, we want to have you engage with us so that we can share the information that we have and develop a plan that works for everyone.” 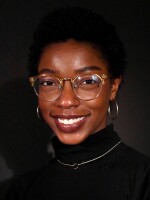