A jury has found 11 former educators guilty of racketeering and other charges. The defendants who used to work at Atlanta Public Schools were accused of conspiring to cheat on tests that measured student achievement - their motive? - to boost scores and earn bonuses. From member station WABE, Martha Dalton has the story.

MARTHA DALTON, BYLINE: Each defendant seemed surprised by the verdict. But they were even more surprised when Judge Jerry Baxter said this.

JERRY BAXTER: We're going to have to take everybody into custody today. So...

DALTON: Into custody, meaning to jail. Attorneys objected because the defendants haven't been sentenced yet. But the judge was undeterred.

BAXTER: They are convicted felons, as far as I'm concerned. And they're going to need to just be processed at the jail. And then, as soon as you all want to have a sentencing hearing, I'll be available.

DALTON: One by one, they were led out of the courtroom in handcuffs. Afterwards, defense attorney Gerald Griggs said that was overkill.

GERALD GRIGGS: I didn't think that was necessary. I think that had they been sentenced, and he sentenced them to a term of incarceration, that might've been appropriate.

DALTON: The trial is the result of a 2010 state investigation. An unusually high number of erasures on state tests where answers were changed from wrong to right tipped off officials. When the investigation ended, 35 former educators were indicted. Most struck plea deals; the others stood trial. The cheating scandal shook the city of Atlanta and the school district. It embarrassed the business community, in part because a crap school system doesn't help lure lucrative companies to the area. Fulton County District Attorney Paul Howard's office prosecuted the case. Howard said he hopes the verdict will be a wake-up call for the district.

PAUL HOWARD: If children were not provided with an adequate or quality education, we hope that a re-examination will take place and that that education that they missed because of what happened in this cheating scandal - we hope that that will be fulfilled.

DALTON: There have been signs of rehabilitation. When the scandal broke, the district offered tutoring and afterschool programs to help children catch up. Voters replaced most members of the squabbling school board. The new board hired a new superintendent. Now every teacher has to go through ethics training each year. And district spokesperson Billy Linville says officials are trying to rebuild trust.

BILLY LINVILLE: The superintendent and the chairman of the board are meeting with parents and teachers and support staff and community leaders every day. They're listening to ideas and feedback and concerns of everyone who cares about our schools and our students.

DALTON: As for the defendants, they're expected to appeal. The judge will sentence them next week. For NPR News, I'm Martha Dalton in Atlanta.

MONTAGNE: And we should add that although its newsroom is independent, WABE's broadcast license is held by the Atlanta Board of Education. Transcript provided by NPR, Copyright NPR. 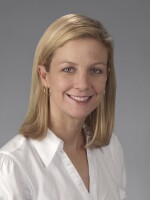 Martha Dalton
Martha Dalton is a native of Atlanta, Georgia. She came toWABEin May 2010 after working at CNN Radio.
See stories by Martha Dalton